First Nations Youth and Education: From Dreams to Reality

“I’m never afraid to walk alone because every step is a path that my family can follow, because if I don’t go first how can they gauge if the puddle is deep or if it’s shallow.”

Growing up on reserve as a First Nations youth, it can be difficult, and growing up as a dreamer, an even more daunting journey.  But like most dreamers, I don’t choose to dream, it just happens. Dreams don’t care for our waking hours or everyday life, they’re not here for that. Beautiful isn’t it, the thought that dreams can come from anywhere, anytime, and not give any prior thought to your circumstances. Dreams matter.

It’s difficult trying to see what the eyes cannot.  This is a survival skill I have picked up like many of my dreamer peers. My eyes grew clouded and drowsy as I navigated the challenges and difficulties of an institutional education setting.  I met others who could dream at ease and follow in footsteps previously walked by adult allies, or the people they looked up to, - by the people who looked like them, so they know, they could be like them!  Some days, I couldn’t see through the clouds those people who looked like me, whether they were there or not. 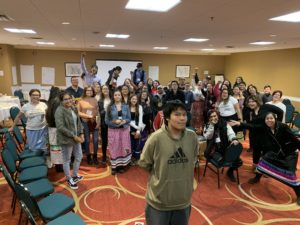 orance is bliss, and it is until it drifts like a light fog. Getting out of the reserve for whatever reason, exposes you to these things. Exposes you to the hard-hitting reality that you’re a minority, that you don’t know where the path to follow is or where the blueprint is laid out.  You might even need to forge your own. Every step we make forward, every stand we take, every word we say is the blueprint.

We grew up First Nations youth that wanted more than we could ever imagine or even understand.  We grew up dreamers. Now as a young adult, I am a doer and rely on those dreams and the dreams of the youth today to move me forward. To do.

On February 1st, 2019, in Ottawa, Ontario, I saw that dream as bright and familiar than ever before in my life, in its most raw form. The blueprint had been followed, somebody had picked up our bread crumbs; rooted in culture & ceremony. The responsibility I felt to my people, my culture, my family, my Nation; I could now share. Their dreams represented the environments and peoples that had been around their whole life, like mine were for me. These dreams were in the eyes and hearts of 36 First Nations youth from all over Canada: 36 Carriers of Hope.

On February 4th, 2019, in Ottawa, Ontario, we witnessed dreams spark and come to life as the 36 Carriers of Hope did just that, they carried our hope. 13-18-year olds from different backgrounds, with diverse stories, while not knowing each other, in just three days became a family. They brought the dreams and voices of First Nations youth across Canada to a collective where they created and presented Youth Calls to Action on First Nations Education to some of the leaders, politicians, and key decision makers in First Nations education in Canada. They became an example, they took upon the thousands of eyes and ears of younger youth as role models; they became real life super heroes. They became something many of the generation before them never had the opportunity to have, while ensuring their younger siblings, cousins, and children would have forever: a blueprint to dreaming.

Wela’lin (Thank you) to all the Carriers of Hope and the adult allies.

Kesaluloq (I love you all) 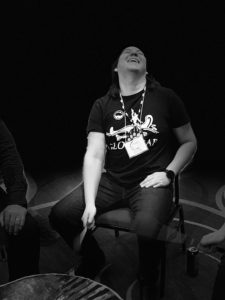 Brennan Googoo, 22, is an intern at Three Things Consulting.  In addition to writing blogs he has been building his skills in event design and execution, project development and communications.  He’s also learning how to live in a collective, (which means doing his dishes).

Brennan shares his deeper perspectives from the front of the room, having watched the process unfold where he acted as one of three hosts at Raised Voices: Carriers of Hope 2019, presented by the Assembly of First Nations.  His reflections speak to the transition from being a First Nations youth as he enters the next cycle of life, as a young adult.

1 thought on “First Nations Youth and Education: From Dreams to Reality”